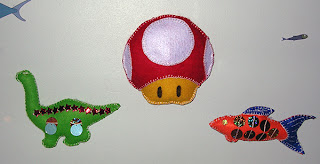 If using a pre-existing design, lay it on a light coloured background, place a piece of baking paper over the top and trace around it.  Remember to trace around all of the design elements you want to use! 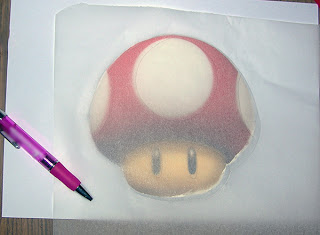 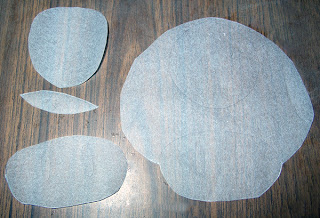 Alternatively, free-hand draw your design on to paper.

2: Pin and cut out your design

This is a 3d design, so make sure you cut a front and a back. 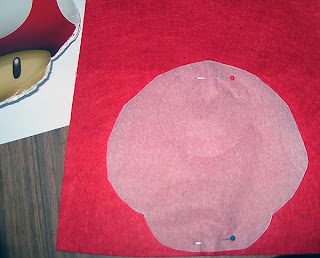 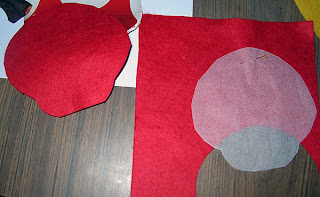 (tip: use the curve of the body cut-out to get the right curve for the bottom of the hat). 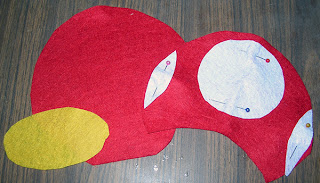 Make sure you cut the face about a cm bigger on the top edge, so the hat overlaps it.

For the dinosaur:
Cut 2 in Green. 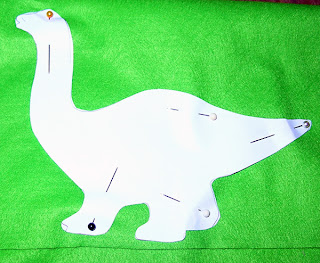 For the fish:
Cut 2 blue, one orange (3 pieces total).
Cut fins and tail off one of the blue pieces – these will be used later. 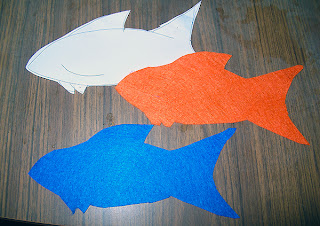 Mushroom: Pin the spots and ovals on to the hat and blanket stitch around them.  I used a piece of crinkle paper behind the big spot. 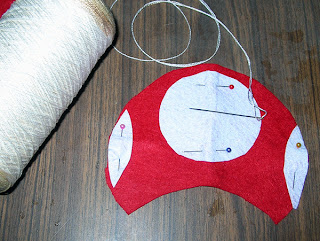 Pin the face to the hat (hat overlapping), and blanket stitch the join. 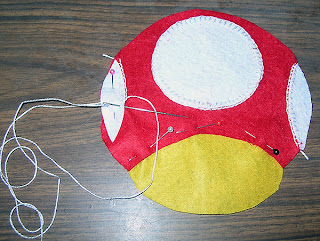 Fish:
Pin the blue fin and tail you cut off earlier to the orange body, and blanket stitch them down.  Embroider details. 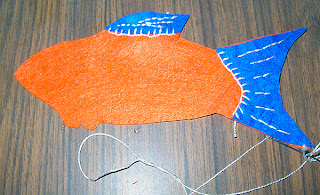 Add sequins and trim to front layer as desired.  Note: if using paints or adhesives pay attention to drying times.

For the fish, I used large holographic sequin “scales”, and a green sequin eye. 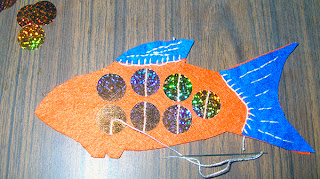 I used a star trim, large sequins and large blue pailettes on the dinosaur. 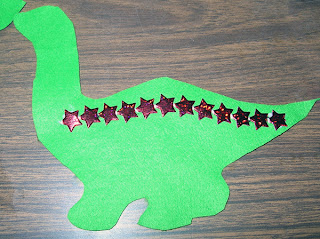 I used a black marker to draw the Mushroom eyes.

If using stiffening, cut a piece of light cardboard slightly smaller than the felt shapes.
Sandwich the board between the front and back pieces (right sides out). 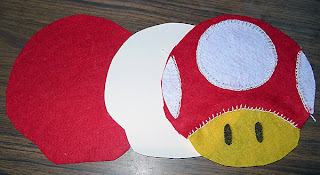 Blanket stitch most of the way around, leaving a large enough gap to stuff the toy.  With shapes like the dinosaur and fish, stuff as you sew to fill the neck, feet and tail. 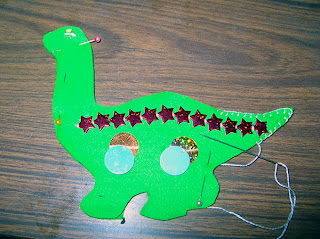 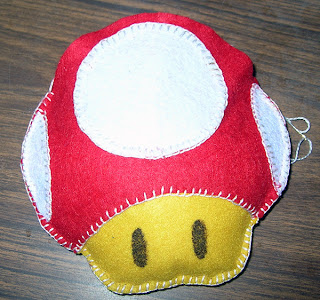 If I only had a brain…

Stuff toy.  If using rattles or squeaks, put them in now.  I used a flat rattle insert in the dinosaur. 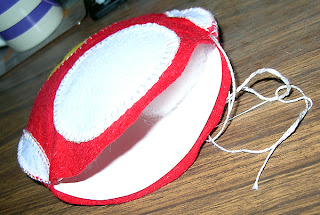 When happy with the plumpness of the toys, blanket stitch the opening closed. 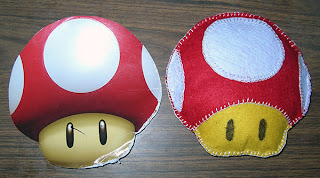 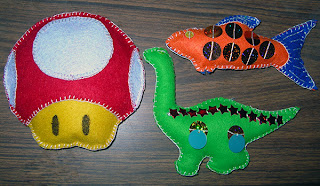 Give to small child to examine. J 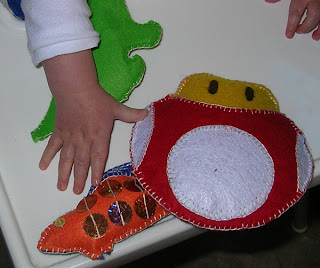 Measure a 3M Picture Hanging strip and cut a strip of fluffy Velcro to size.  Blanket stitch to back of toy.  The Velcro is stiff to sew through, so use a sharp curved mattress needle – it’s much easier than a straight one. 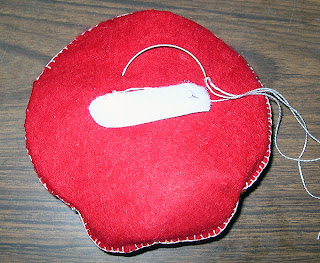 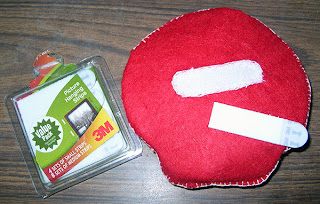 Peel off the back of the 3M strip and attach it to the wall.

Stick toys to the 3M strip. 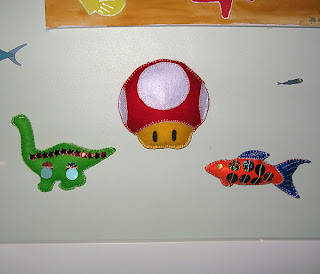 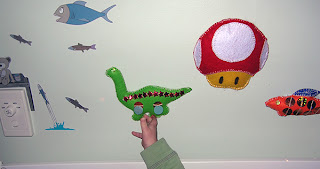 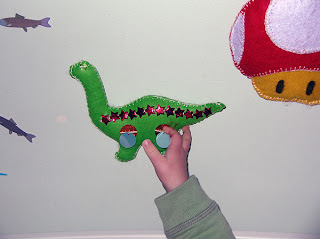 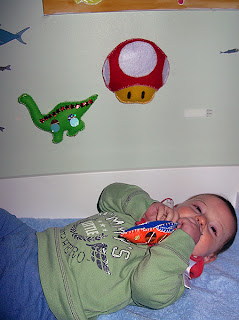